Jason has been called back to work  after a three month furlough.  We wanted to do something special before he went back so we started to talk about what to do.  Our first inclination was to go to the beach since our spring visit to the ocean had been delayed due to the pandemic shut down. However, it was super expensive, packed and well...where we were going to go is having some really bad outbursts of violence. No thanks.  We have our fall trip booked and we will go then.  But that left us with no idea where to go.  We debated and pondered and we just had no clue.  And then less than a week before our mini vacation (my days off of work) was to begin I heard Jason make a remark as I drifted off to sleep.  He said ‘there is so much in this world that I want to see’.   I fell asleep on the couch seconds later... but upon waking, I knew what the plan for the weekend was going to be.
We were going to the Trans Allegheny Lunatic Asylum!  Why?  Because I had ALWAYS wanted to go and just never took the time! His words made me realize that there is so much to see but if we never take the bull by the horns and DO IT, we will never see anything!   Once I mentioned Weston, VA and the asylum he innocently asked how far it was to the New River Gorge...which was something that HE had always wanted to see.  Well it was only one hour further southwest!  Bingo!  Plans made!  Two bucket list items taken care of in one trip!    We have also decided to be more open to keeping our bucket list current and to really commit to knocking items off!!
But that's for the future.  Let’s talk about this trip!!!  We had a great time!   I took tons and tons of pictures!  I was religious about dumping my pictures to my computer.  Less than one day after getting home my computer died!  I have a new one on the way...and I know that the hard drove is intact on my old laptop, so the pictures are not totally gone.  But it’s frustrating, I have so many pictures to share and can’t get to them!  (I have a plan that hopefully will get me to the pictures by the end of Wednesday!).    So here is a recap of the mini vacation and what pictures I do have on my phone (I used my good camera and only snapped a few pics with my phone here and there!).  When I get the good pics, I plan on doing some more videos to highlight certain aspects of the trip.  Right now I just have one video made that I finished one morning in the hotel when I woke up early.  I will include the link!!!
So here we go...buckle up!
Trans-Allegheny Lunatic Asylum:  Weston, Wv.  This is a insane asylum that was built in around 1860 and closed in 1994. It is the largest hand cut stone building in the states...and the second largest in the world..second only to the Kremlin.  It is partially restored and just amazing!  This was soooo worth it!  I don’t know why I waited so long to go!!!
Here is the video with a lot of my footage (and a wee bit of its history).
Museum of American Glass:  Weston, Wv
While in Weston, I found a museum called the Museum of American Glass.  I was only remotely interested in it.  And I probably wouldn’t have given it a second glance except that the admission price was free!  (Hey, what can I say, I like free!)  I was still debating about going even up to the last minutes in town and happened to look at the website and noticed that they had a collection of  oil lamps.  Hey hey...Jason collects oil lamps, I was sure he would be interested in seeing them.   And then I saw it...the holy grail!  A stained glass dollhouse!  What???  I almost missed that!   There was no question at that point!  Off we went to that museum!!
It was ok...without the draw of lamps and a dollhouse it wouldn’t have been my thing though!! 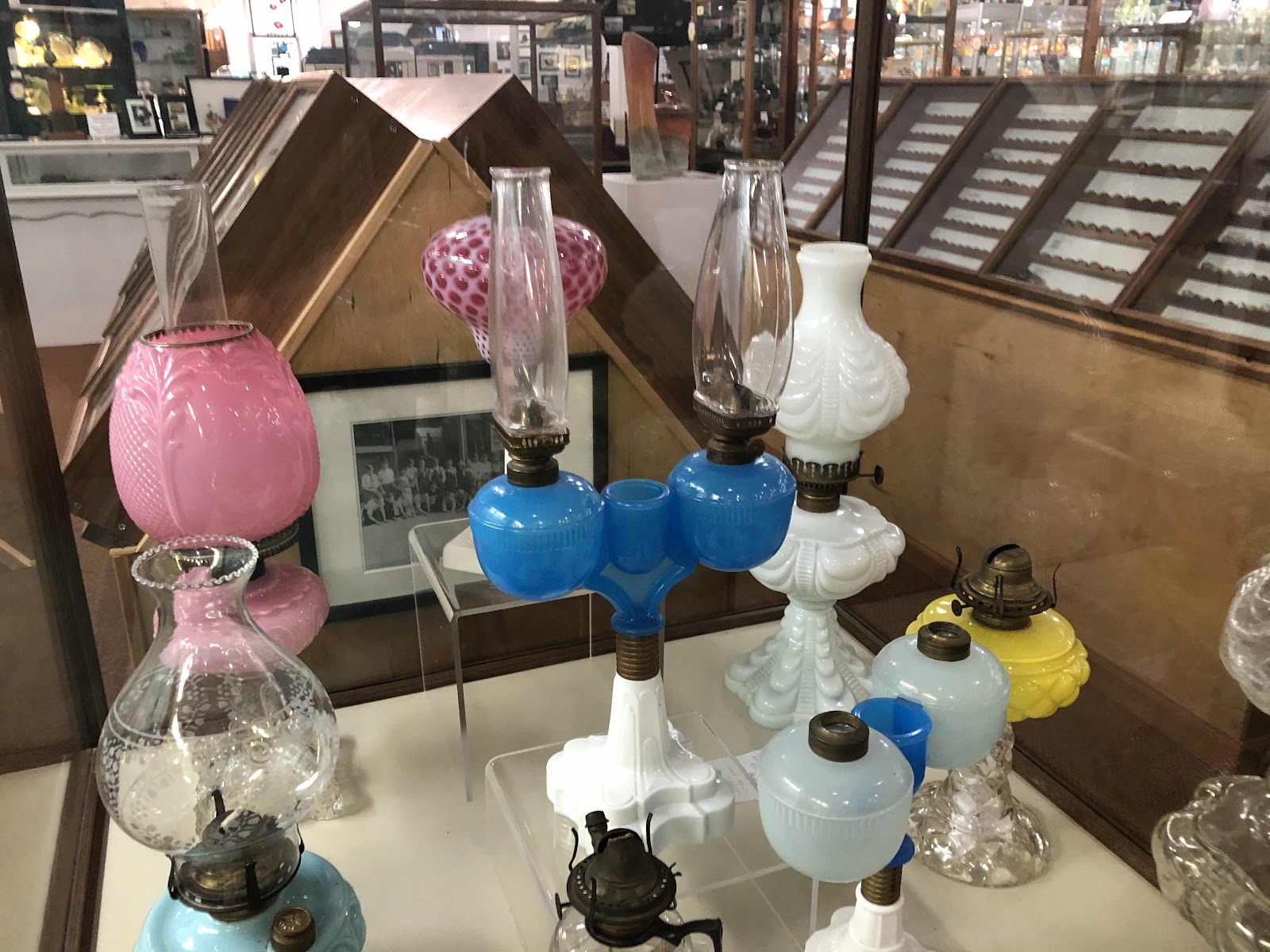 And of course you know I took pictures of the dollhouse too!!! 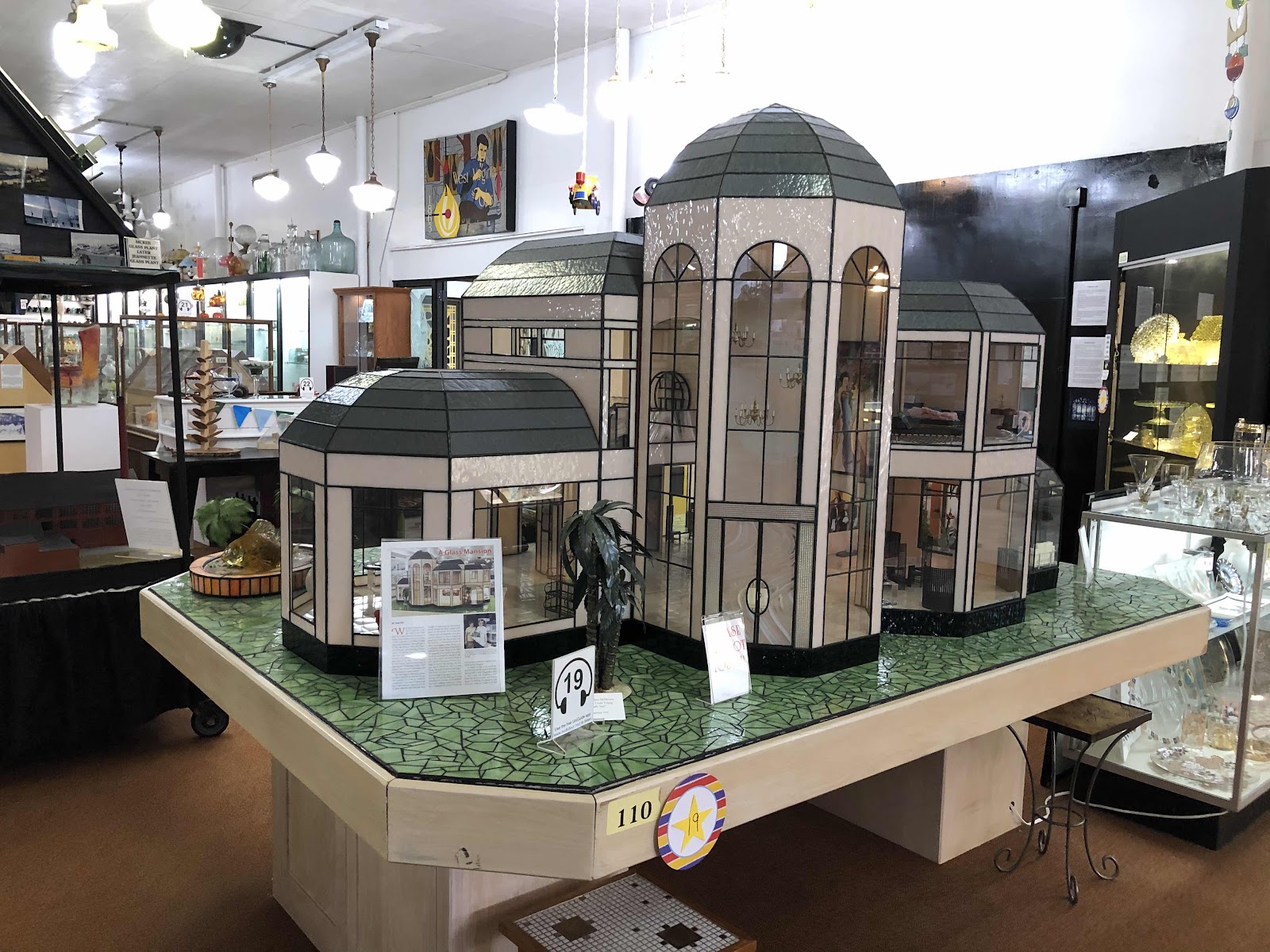 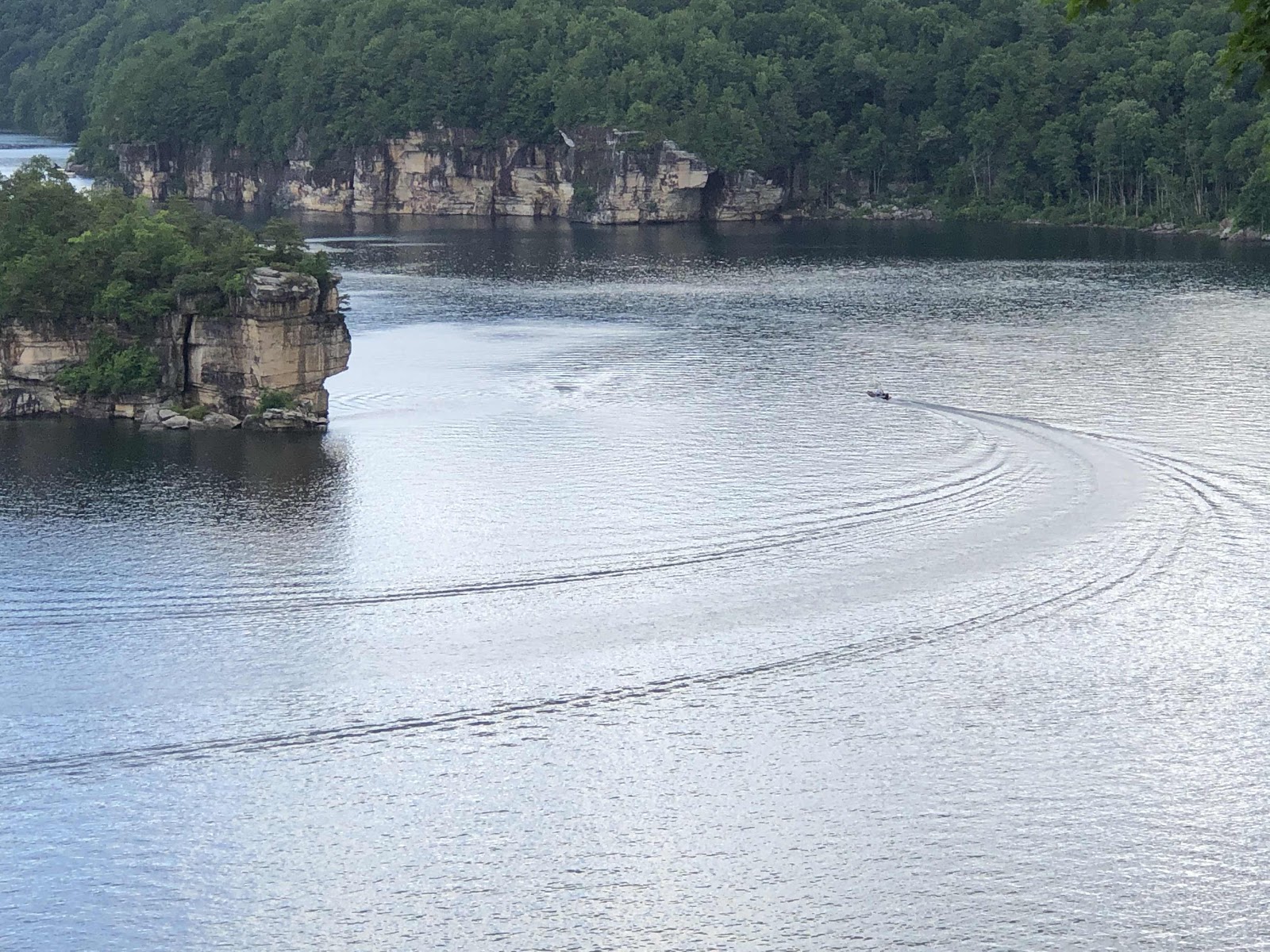 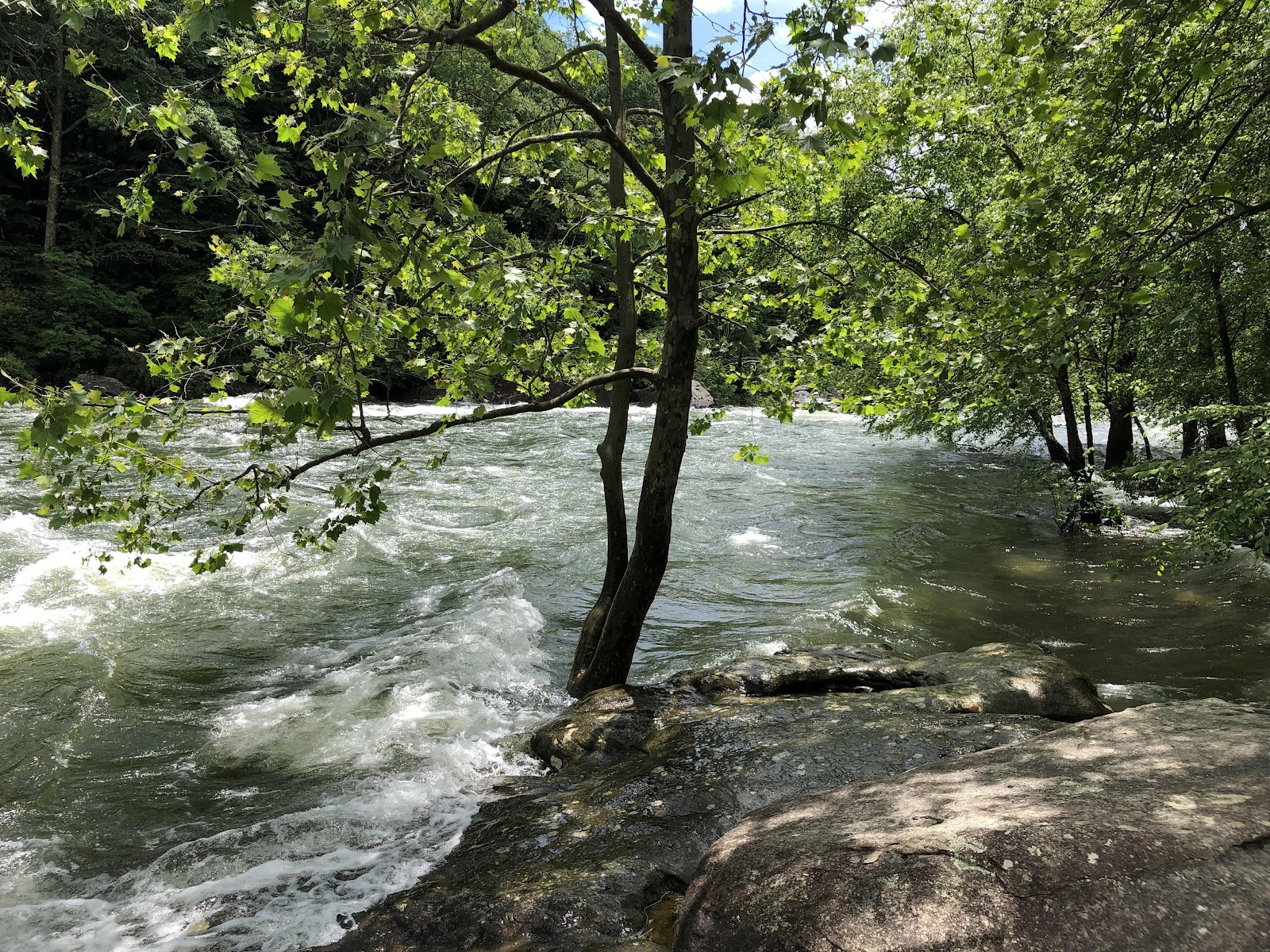 This river is well known for its white water...as in world championships have been held in this river.
We explored a bit then hopped back into the car to finish driving the last few miles to the New River Bridge.
New River Gorge Bridge
First stop, the visitor center.  We knew that the National Park Service visitor center was closed due to the Covid shutdown, but that the trails and overlook were open.  We wanted our first glimpse of the bridge! 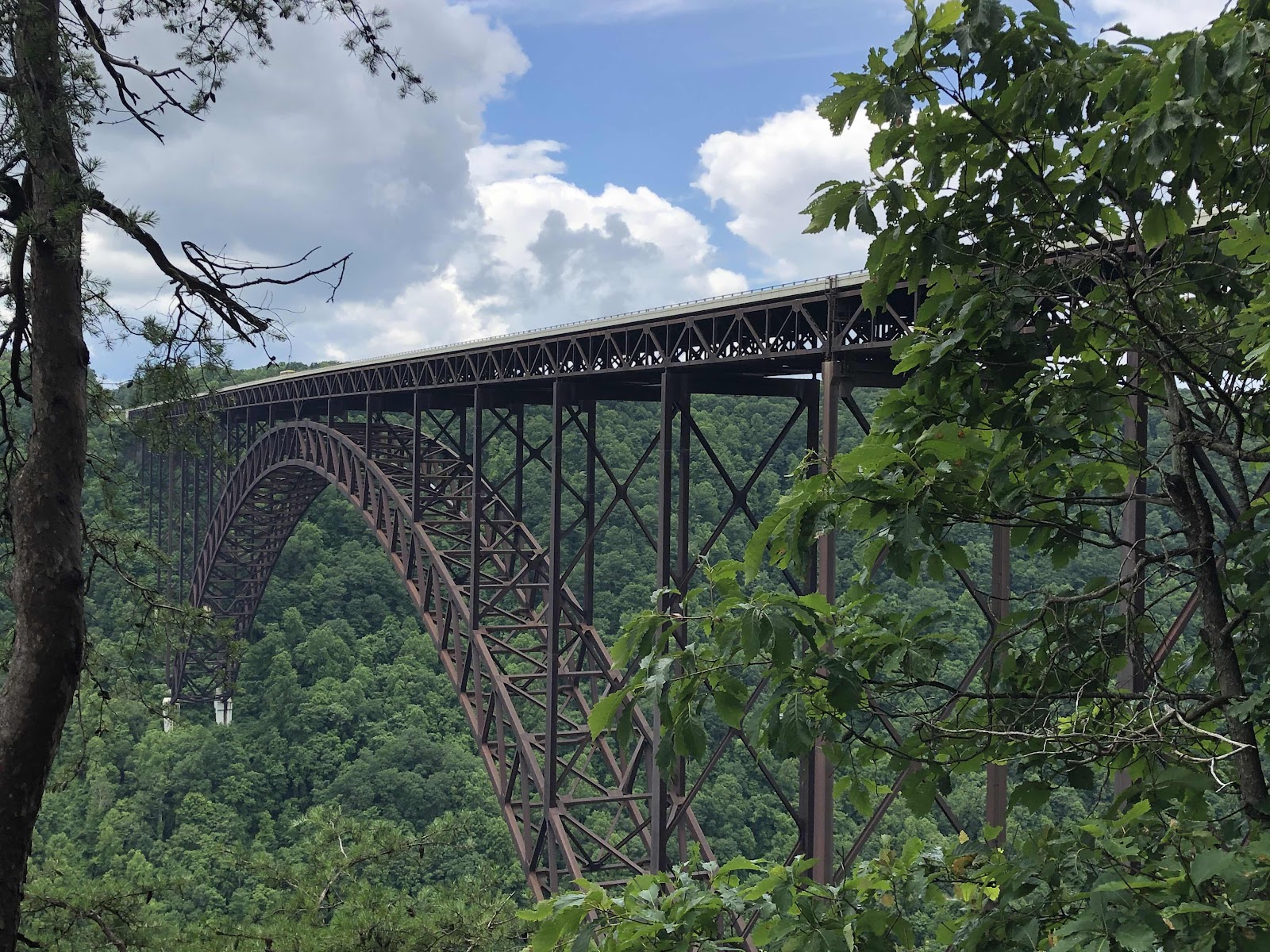 From there we headed to an abandoned town....yes a real life abandoned town!
Thurmond, WV
This town was once a boom town due to coal and the railroad.  But as the coal mines stopped producing as much and people turned to automobiles versus train travel, the town began to die out.  The NPS owns most of the properties and you can walk through what is left of the commercial area and you can walk the roads along the hillside and pass house after house...all abandoned. 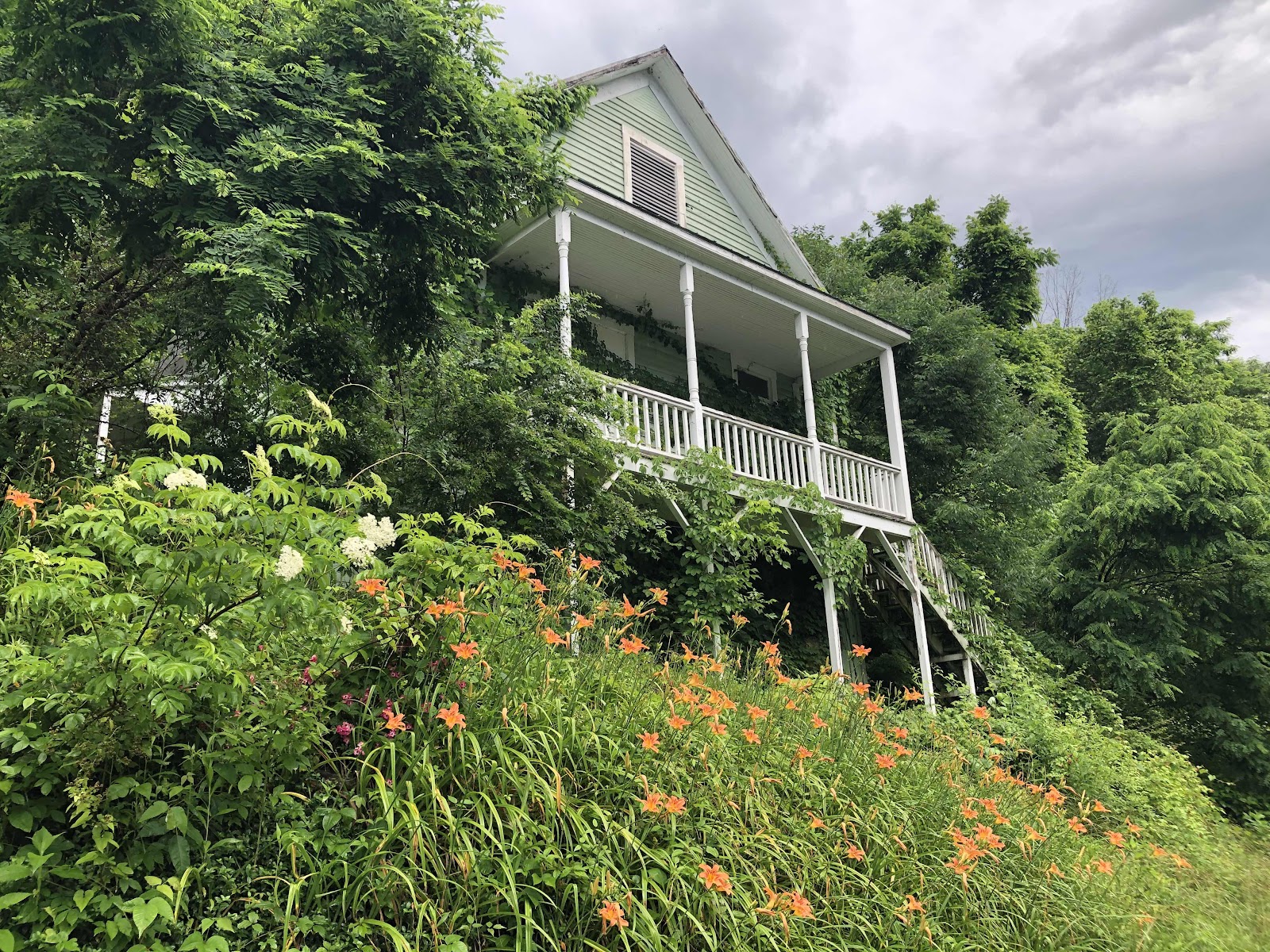 (Sorry, the commerce area of town pictures are all locked on my dead and sick computer at the moment! But stay tuned for links to that video when my computer woes are fixed!)
Fayette Station Road
Before the new river bridge was built, it took someone 40 minutes to traverse the small narrow road that snaked down through switchbacks to the bottom of the gorge, across a small bridge at the bottom of the gorge and then back up the other side.  The new bridge shaved 39 minutes off that trip! Of course we had to drive down into the gorge!
We stopped and saw the sights along the way! 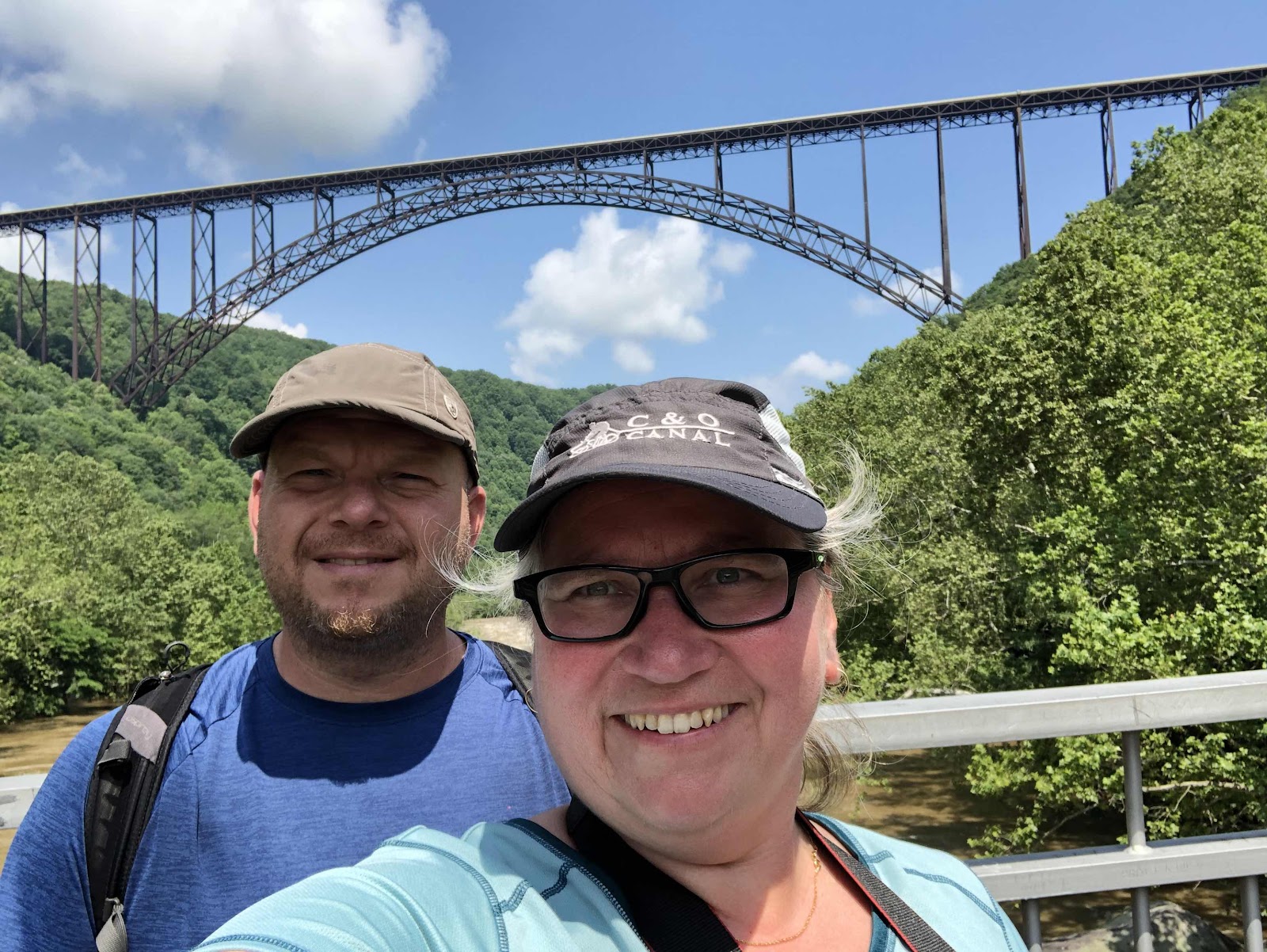 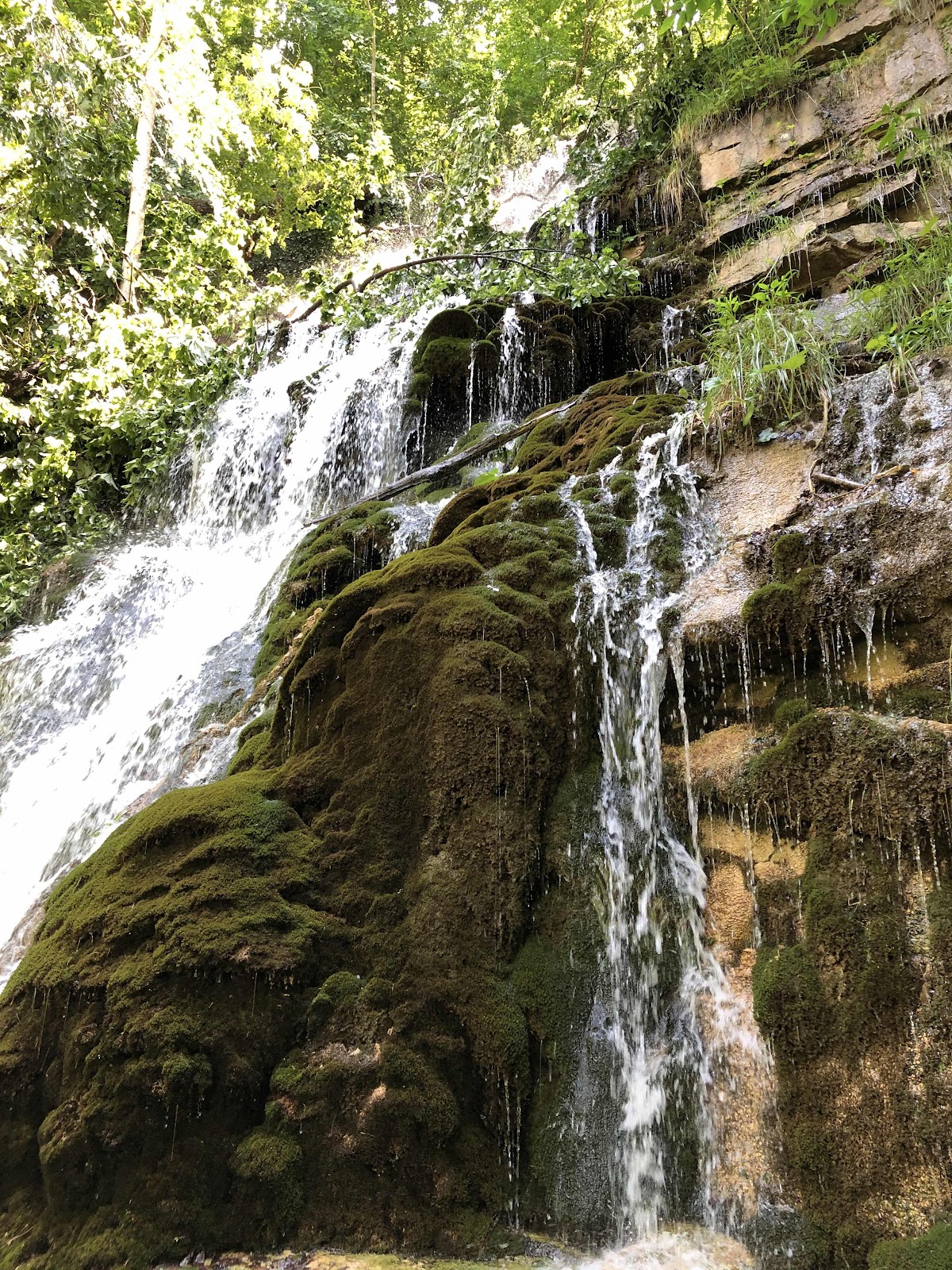 Kaymoor Miners Trail
We attempted to hike the Kaymoor Miners trail.  It was gorgeous...and steep!  And of course we saw another waterfall!  (Seriously, if we saw one waterfall we saw 20...each just as gorgeous as the previous one!) 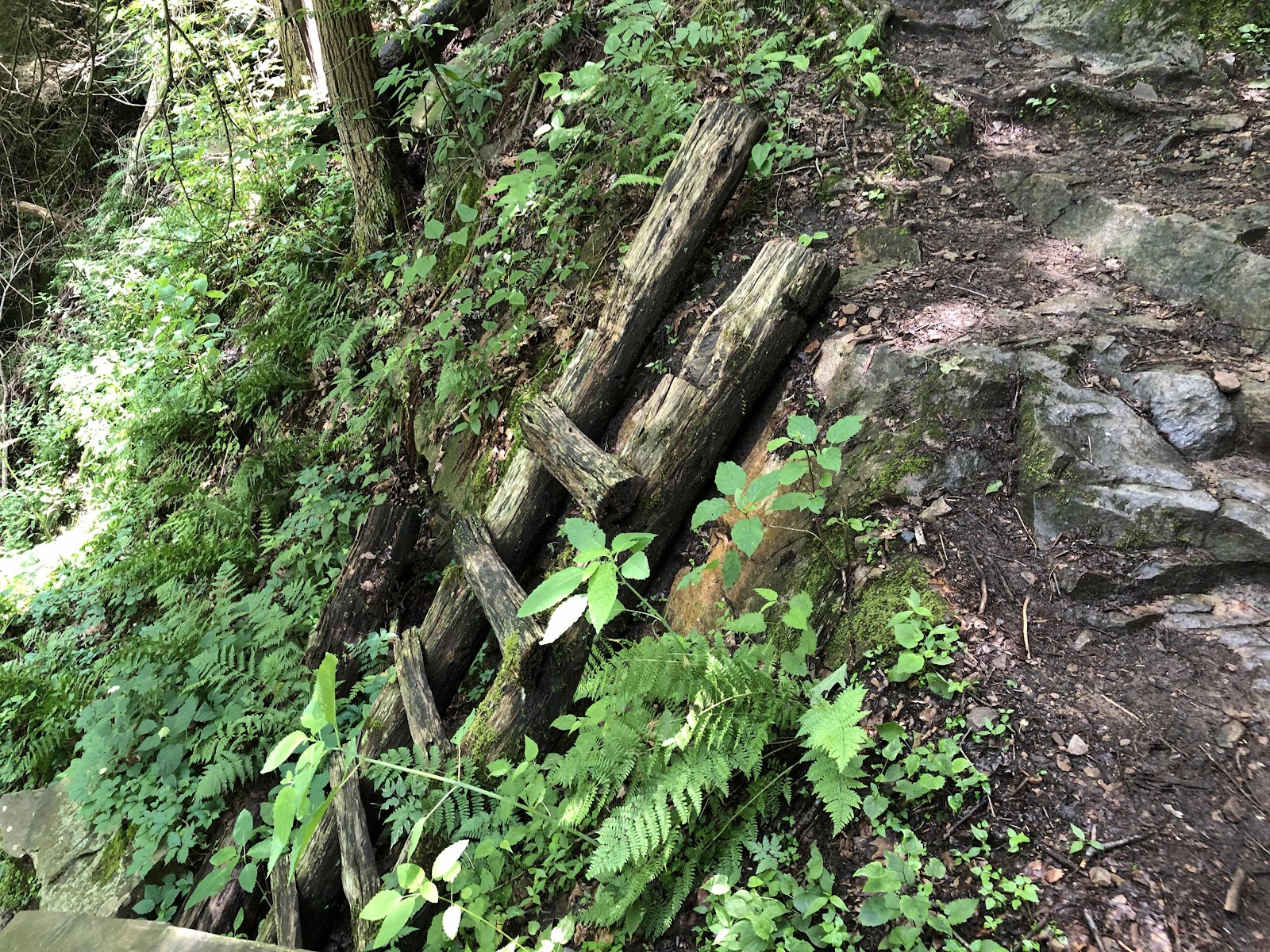 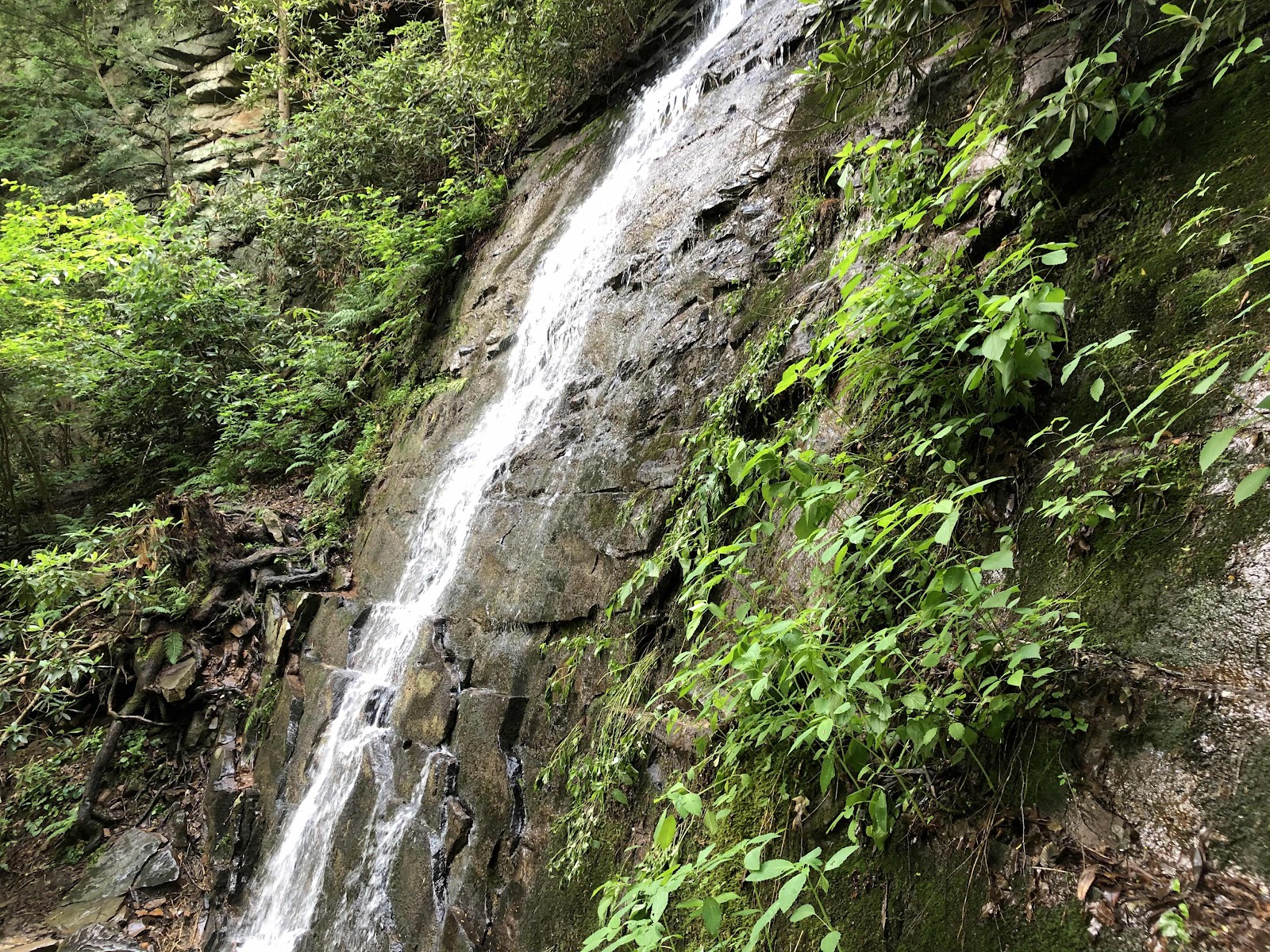 Right at the waterfall, the trail became extremely sketchy and I was honestly terrified!  Lately, I’ve been falling way too much while hiking to attempt something that was risky to begin with.  So we traversed back up the hill.  (Sad because the ruins are supposed to be well worth the hike!) we spent a bit of time on another trial before retreating.
Fayetteville, Wv
We spent some time exploring the town of Fayetteville. It is a really neat little town with lots of quaint shops! 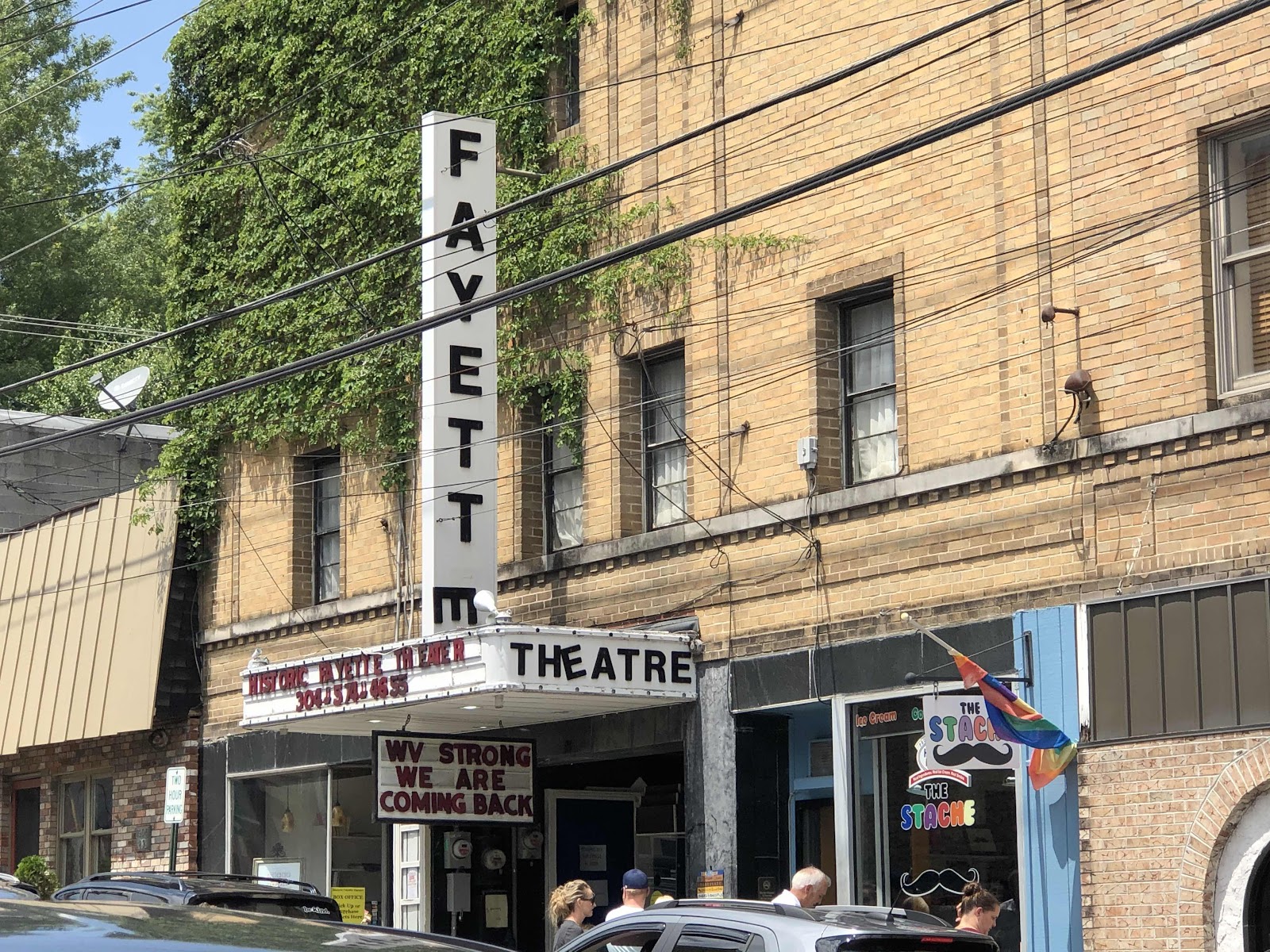 At this point we were out of time...it was time to head home.  But we weren’t done just yet!   While driving home we happened to notice a sign for a monster museum.  I quickly checked it out and it was free.  Why not!  How could anyone pass up a free Monster Museum!
The Monster Museum: Sutton, WV
This was just a little hole in the wall museum.  More a visitor center.  The monster in question was the town alien/monster.  It was free and amused us!! 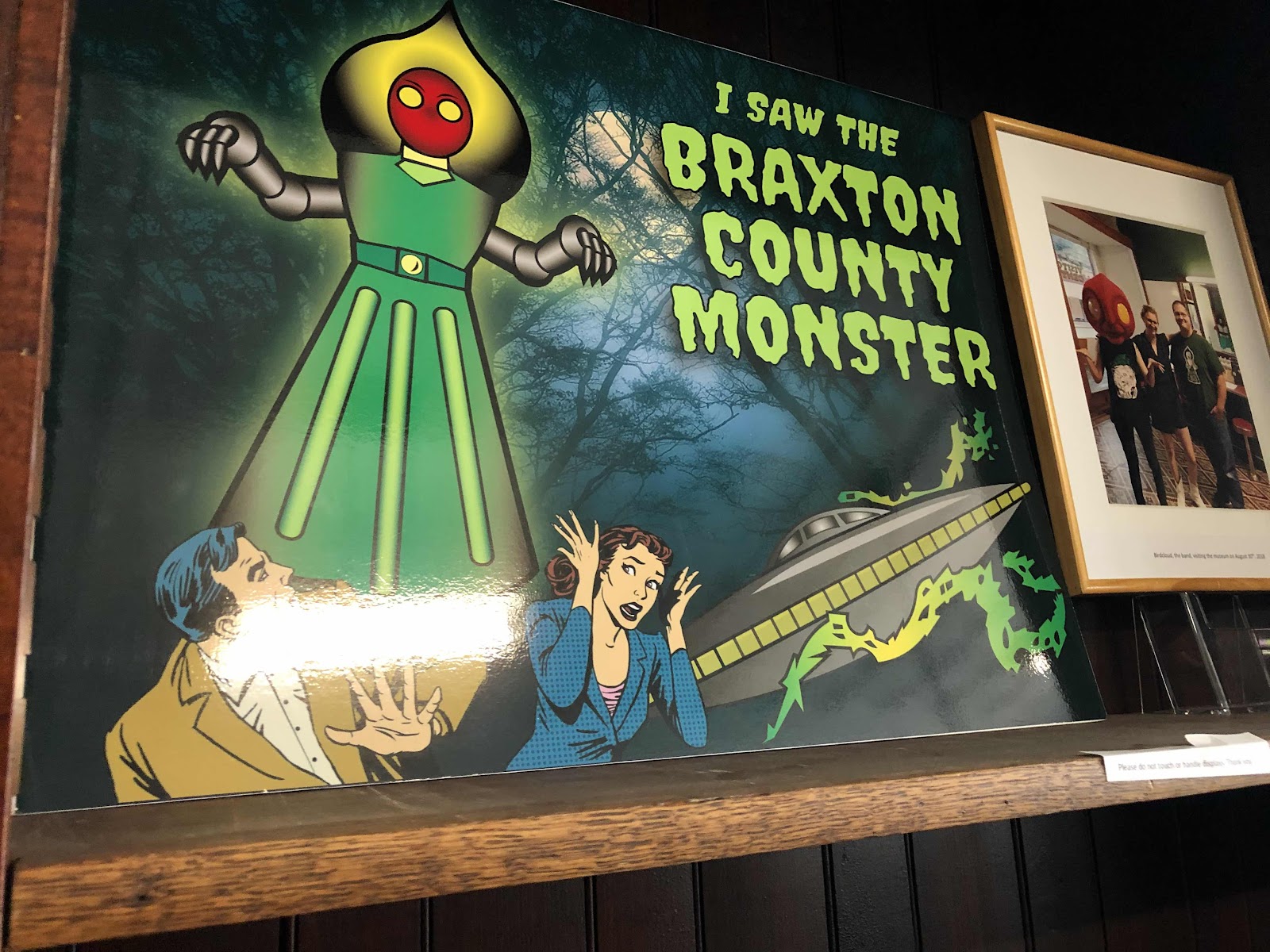 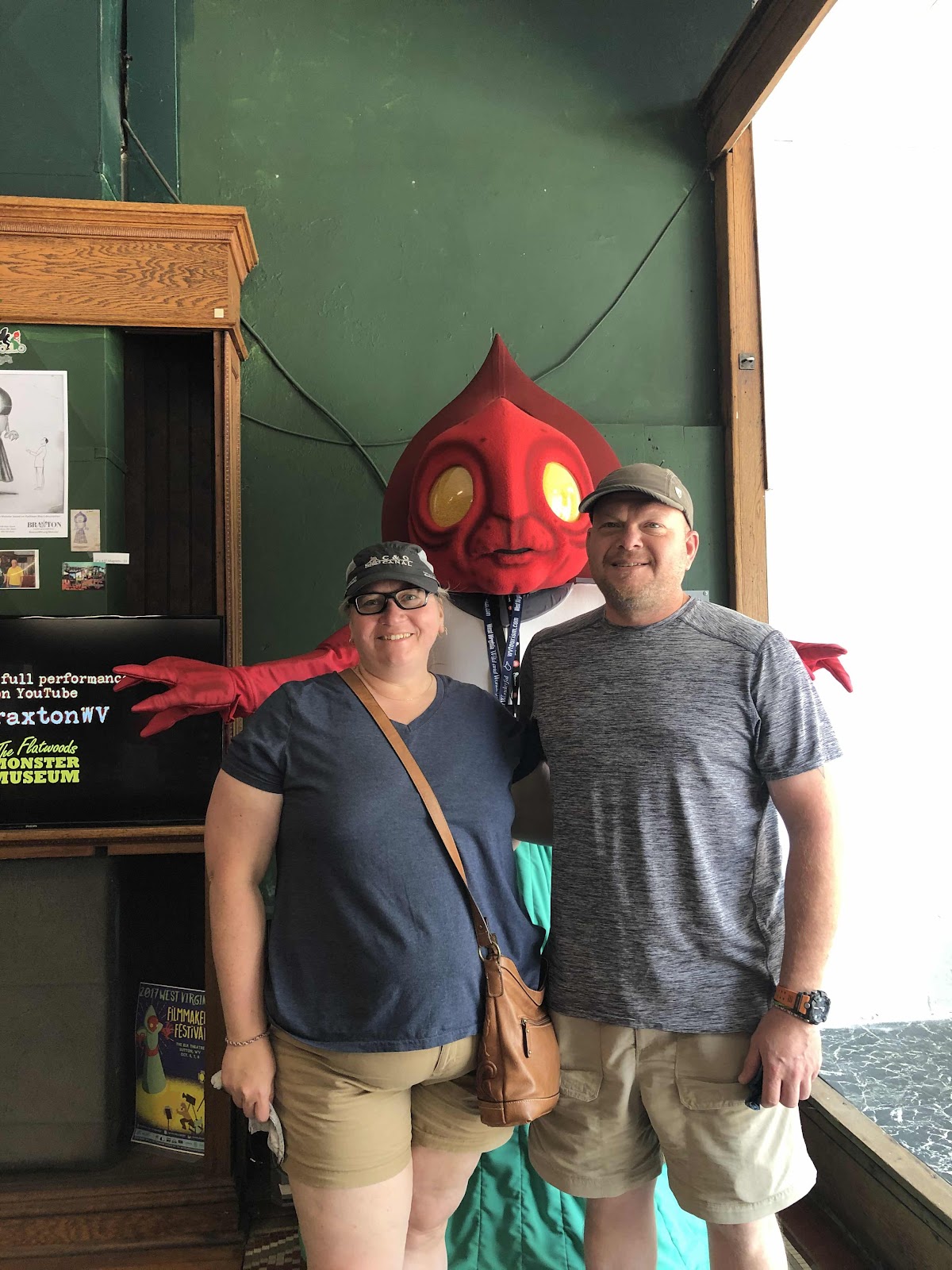 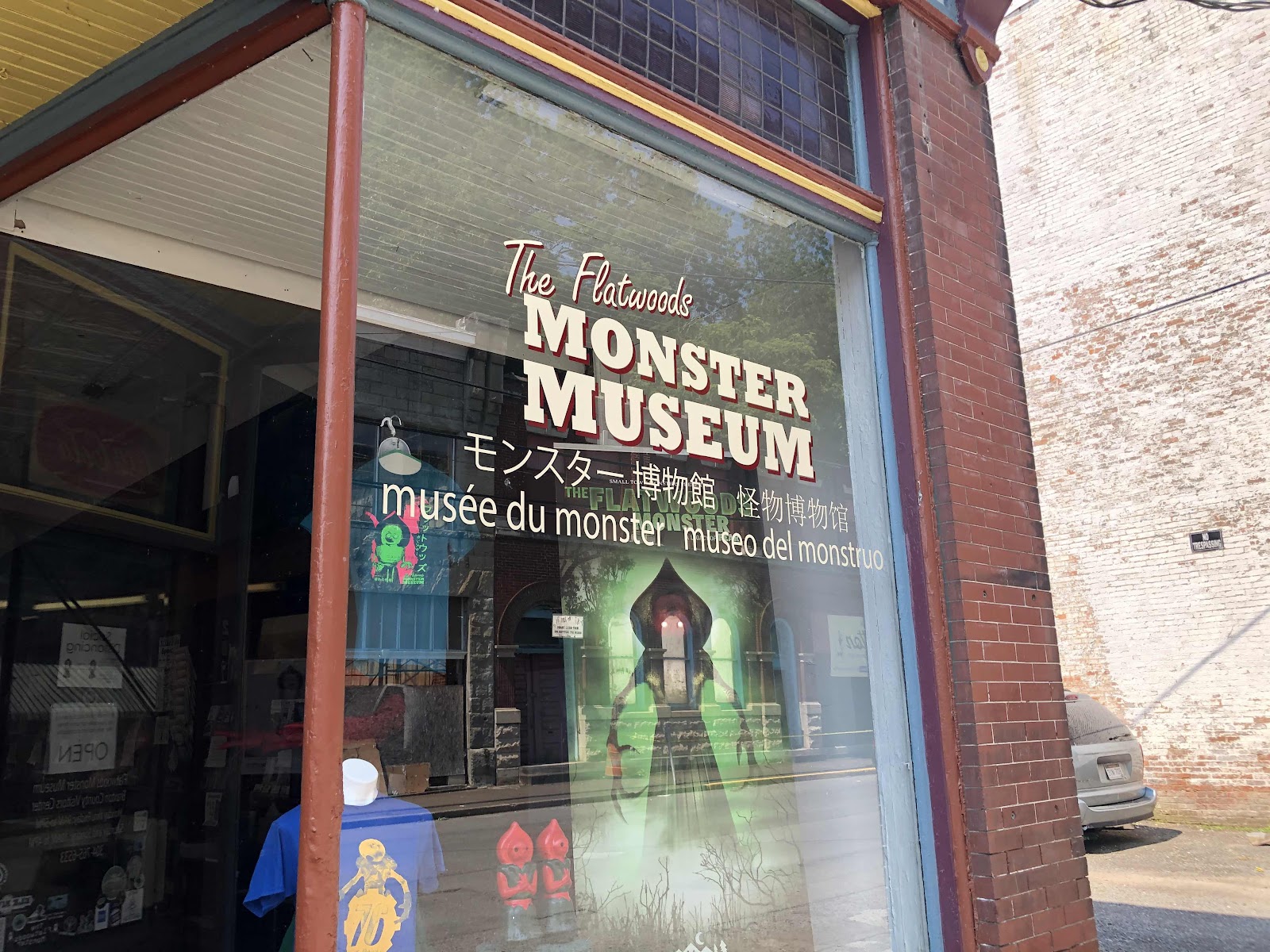 And that finished up our trip. We still had some time in a car but we were on the way home.   We had a great time!!!  And we will be returning to the New River Gorge Area!!!!