Let’s look at the Average

I am a daily weigher!  I know, I know.  People tell me not to do it.  They say it messes with my mind...it’s not a healthy thing to do...yada yada yada. But for me it works!   I have weighed every day for years!   When I don’t weigh I worry about my weight.  Sometimes when I don’t weigh I get off track....it’s easier to get off track and gain weight when not confronted with the numbers.   It keeps me on track.
But while I know that for my personality that weighing every day is a good thing for me, I’m not gonna lie.  Sometimes seeing the numbers on the scale drive me crazy!   There is natural fluctuation and it is annoying as all get out!  It’s maddening to see my weight drop low but then tow days later pop up high only to dive low again.   I have been able to identify some events and foods that cause those events that occur on the scales.  But it still makes me quite aware that the scales are not the best measurement in losing weight.  The weigh day may be one of those crazy up days....maybe I’m lucky and it is one of those awesome low days.  I try to manipulate it so that it’s low.   And manipulate I say I try to not eat foods high in sodium, I try to limit my carbs the day before...etc!
A few years back I instituted what I called my ‘it’s ok until’plan.   Basically this plan gave me the freedom to fluctuate on the scales because as long as I was within three pounds from my lowest official weight I was ok!!!  In theory it worked for me really well!  Ok, it worked when I was losing!   But during this past year of struggles I started to gain.  So when I said ‘I’m within three pounds of my last weigh in, I’m ok!   And then two weeks later I would say ‘I’m within 3 pounds of my weigh in two weeks ago, I’m fine!’   But I wasn’t fine because I was using my most recent weight as my ‘it’s ok as long as I’m three pounds from there’ number!   I kept pushing that weight up...I was always within three pounds so i was doing great!  Right????  No!  I gained 19 pounds that way!
So I am starting a new plan!  Since I weigh every day I am going to add  all of my weekly weigh in numbers and divide them to get my weekly average.   The average should give me a much clearer picture of my efforts.  If it goes up...that tells me that for most of the week of the week I was likely not on track!  But if the number gets smaller each week, then I know that even with those crazy days when my weight pops up on the scales and threatens to frustrate didn’t make a difference!  They were just that, a total random fluctuation due to water consumption or monthly hormones or whatever!
The average weight is the true determining factor of my weight loss.   I can’t manipulate the whole week by fasting before a weigh in, skipping sodium, limiting carbs or any number of those tricks that if we want to admit we all do!  The week average is the TRUE judge!!!
So starting this next weigh in you will see my weekly weigh ins AND my average weight weigh loss.   So get ready!!!! 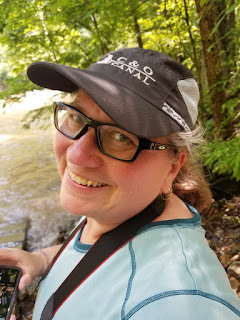