Weight loss…..boy is this journey full of adaptations and changes!  I think I have it figured out and then it hits me hard and I realize that I have no clue what I’m doing.  These last months have been this way.  I have been grasping at straws.  Resisting change.  And just not working my weight loss journey to my advantage.  Actually, I’ve gone backwards in this journey!  Yes, I’ve gained weight.  (at the highest 19 pounds to be exact).  I decided that it was time to change and adapt! 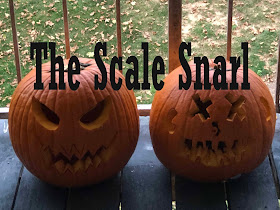 Running as an Overweight Woman and the changes Coming my Way

I have enjoyed running and I have been so anxious to get back to it.  So about two weeks ago I started.  I felt great going out there, even though it was tough and slow!  But almost immediately I started to feel some pain. I don’t mean the normal ‘I’m just sore from a workout’ pain.  I mean pain…..leg buckling from the issue pain.  But I had made a vow to run….so I kept running!  I wanted to run.

After about two weeks though I had come to the conclusion in my mind that at my current weight I just needed to step back from running for a bit.  I had never run at this weight (maybe for a good reason).  I knew that I was not helping my body but rather beating it up.   I resisted giving up.   But then one day when we were walking after work, my knee buckled again and I could barely walk for a bit.  Jason actually offered to go get the car to come pick me up. (I said no and soldiered through.)  In the ensuing conversation he gently suggested that I need to lay off running for a bit.  At least until I get some of the weight off of my body.  He wants me healthy….not broken.  I have to agree….just two weeks of running was breaking me!

So those new running shoes that I have worn just 2 times are going into their box and going to sit on the shelf for a few weeks/months until my body can handle it!   For now, it’s low impact stuff like the bike and walking!

Adapting my Weigh in Day

Sooo…here is the biggie. I have been talking a lot lately about my calories and how I need to keep my calories at a lower level.   That was the first epiphany.  I was spot on with that statement.  I had to figure that out and accept it.   Lesson accepted.  The next epiphany was realized and accepting that some of my struggles are due to the lack of consistency with my eating.  My calorie count is higher on the weekends.  I typically struggle and gain a bit during the weekends.   I see the weight pop up and I clean up my act during the work week (when it is easier for me to stay on track).  I can ‘usually’ recoup my weight gain and show a maintain for the week.  It is a true see saw action!

Years ago I was going to Weight Watchers on Tuesday nights.  My weekend at that time was Sunday through Monday.  Thus, I had to be spot on through my weekend in order to have a decent weigh in on Tuesday evening.  Yes…..that goes against conventional thought doesn’t it???   But do you know what?  It worked for me.  That looming weigh in kept me in line.  I was so much more cognizant of my weekend eating.  I kept it in line.  I wasn’t tempted to ‘go crazy because I have the whole week to fix it”.

So with that said, I am changing my official weigh in day.  For the last few years I have been weighing in on Friday mornings. (And it is all downhill from there.)  No more…….I will be changing my weigh in day to Monday.  This first week is going to be tough because I have two weekends to navigate.  But I have a weigh in looming and I know that I can do it!

Change isn’t easy.  It is much easier to stick with what we are doing.  It is the path of least resistance.  However, that path doesn’t always bring us success.  I am changing and I am adapting because I want success!!!!!!

(Ohhhh and I maintained this week!)