The affect of our words 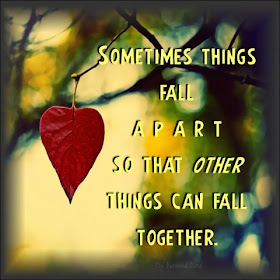 July.....wow, what a month. (and yes I am fully cognizant of the fact that it's not over yet).  At the very beginning of July I was officially diagnosed with Plantars Fasciitis and of  a little lessor of  concern Tarsal Tunnel.  I was told to limit my activities that were high impact.  That was followed up with a bout with the flu/food poisoning (the jury is out about which I had...all I know is that I was absolutely miserable!), on the heels of  that was dealt a huge emotional blow that has left me reeling.  (feel free to imagine and conjure up a story...tame or off the hook spicy...it's all good....imagination is a good thing  ha ha ha).  It's wreaked havoc on my exercise. Seriously, an injury/ache that limited my exercise, the flu that wiped me out and emotions that made me feel like I wasn't worthy of the time needed to invest in this process and new lifestyle.  What a bad combination.  July honestly would have been a TOTAL bust for me weight loss wise (that's assuming I don't gain for this last weigh in that will occur early next week) if it weren't for the fact that I had the flu and I puked some weight off of my body. 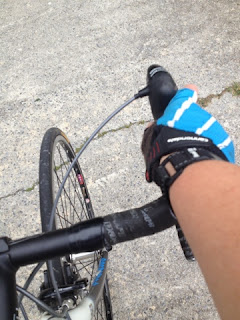 I went out riding today.  I procrastinated for quite some time this morning.  I was reading blogs and playing around on my computer.  Finally I pushed my computer aside and said, "no more until you go riding."   So I pushed myself out.  Oh yeah, my mind was screaming all sorts of excuses at me...but I ignored them!   I not only went for a ride....I pushed myself for an extra few hellish hilly miles.  OK ok ok, I have to admit it.  My rule is to only unclip and put my feet down if I have to at crossroads/stop signs.  Other than my little problem on the ride with my brother I have been able to hold onto that 'rule' .  Until today.  Yeah, I was on my 'new section' that was hilly.  VERY hilly.  I could see the tail end...the last stop sign before I got back to more familiar territory .  I was struggling up the last hill...out of the saddle...in the saddle..it didn't make a difference....my legs were SHOT at that point.  I went slower and slower, struggling.  I went so slow that I started to go over.   Go over as in FALL DOWN.   Yes, I was of course clipped in.  I saw my life flash before my eyes as I tilted over.  For a split second I thought that I was going to have a date with the pavement.  Somehow instinct took over and I kicked my heel outward, popping me out of the clip and at one of the last possible minutes put my foot on the ground and caught myself.   I rested a few minutes and I'm embarrassed to say that I walked the last 10 feet up the feel (yeah, I was THAT close and I have NEVER walked up a hill...so I ruined THAT perfect record)  Regardless, my ride was done and I DID get back on the bike and went the last 5 miles to get myself home.  :-)

Today as I was slogging up the biggest hill I encountered a motorcycle with two riders came up behind me.  I vaguely knew they were there (hello, you can hear them coming).  They were out cruising and enjoying the historic views surrounding my town.  They slowed down beside me and the woman on the back looked at me and yelled. "This is one hell of a hill, you are doing GREAT!"  They both gave me thumbs up and went on their way.   I had been riding out of my saddle...which is the most difficult thing for me right now, I don't do it too much and it....well I haven't mastered it...it HURTS and my breathing gets out of whack.  SO I was out of my saddle struggling up this hill and their words helped me get to the top.  I don't know who they are...but they meant so much to me today (too bad they weren't there a mile or so later when I was struggling up the hill that undid me...haa haa haa)    Seriously, those words from a stranger meant sooo much to me.

Early this year when I was spending hours out on the battlefield pushing through the C25K training I frequently say a man.  He drove a white truck with West Virginia tags and has a very short fat poodle (seriously, this dog is as wide as she is tall).  I was doing intervals so I was walking a lot of the time and got a chance to stop and pet the dog.  This man NEVER failed to talk to me.   Then I hit the  big wall that you hit during that C25K training..that first 20 minute straight run was a rough one.  I was doing it and pushing through the last few minutes, determined to finish it no matter what.  This man walked by me and said "I've been watching you the last weeks.  You are doing it and it makes me proud and happy to watch your transformation".  I said thanks and didn't even stop to pet the pup because I HAD to finish that straight run to prove it to myself.   I saw him numerous times after that.  We always said hi and I always gave his doggy some attention.   I need to thank him for his words.......they meant so much.  (Unfortunately, after I made the decision to thank him...I've not run into him!)

PS  I WILL conquer that hill very SOON!!