I walked outside this morning to a balmy warm day. Seriously it was 30° at 6 o’clock! Comparatively speaking that is warm! We are supposed to have some really nice days this weekend with temperatures in the 50° zone.  That coupled with one or two weeks left on our year pass for the Shenandoah national Park, means that we are going to try to get out and hike!  (Yeah we will probably buy another pass next month...and we kicked ourselves last year for not paying the extra 25 for a complete national parks pass...so we will probably do that this year!). We got a hike in back on November 18 or 19th right before life went belly up for me and the weather turning brutally cold. 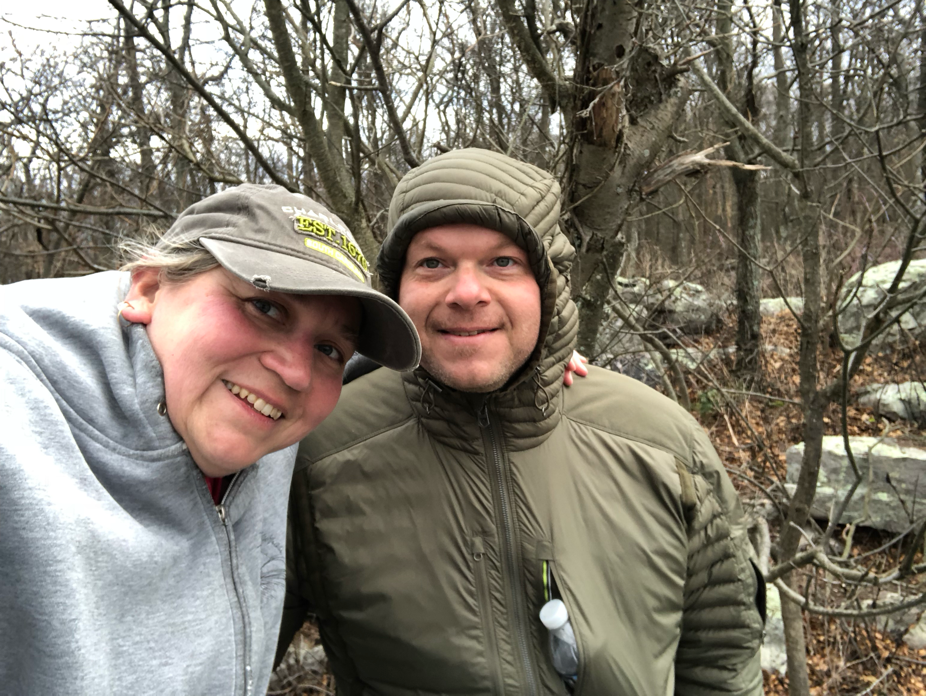 I am actually very excited to get out and hike. For lots of reasons. I like that sense of peace that comes in the quiet wilderness.  I love that alone time with Jason. He actually mentioned the other day about how we have had some of the most incredible conversations in the quiet privacy of the woods. But I also like I look forward to the ache of muscles after a nice hike. Crossing my fingers that this weekend it will happen.

The scales not been friendly to be this week. I am showing up a bit last week. And that’s OK. On my last post I did mention that I hadn’t eaten any sweets and that my eating was spot on. A couple hours later I was struck with the realization that I was a liar. I totally forgot that one of my coworkers brought leftover cupcakes from her daughter’s birthday in for us to finish off. Yes I ate one. OK so maybe I wasn’t a liar… Just forgetful.

My bike trainer...well I’m just not using it as much as I thought.  I’m just so tired and wiped out in the evenings...and I lack the time!!!  Grrrr!   I know...it’s all in my head.  I need to make it a priority and just say ‘no going to bed until it’s done!’   I have been continuing to climb the stairs at work though!!!!  And yes it’s getting easier!! 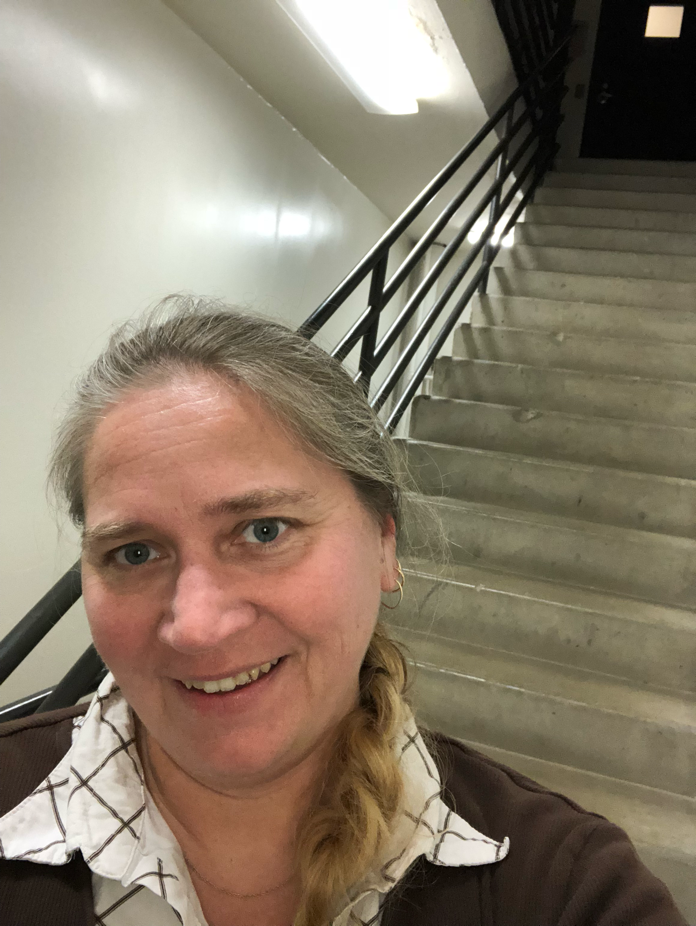 A couple years ago when I was working at the bank we had customers and coworkers that were bringing in donuts, every day it seemed. There were excessive amounts of donuts at work. And yes I was indulging. My manager at the time and I were talking about weight loss and how these donuts were impeding any effort we were making in our weight loss efforts. During a conversation we decided to challenge ourselves. No donuts. We didn’t stay forever. We put it down as a very short term and very finite amount of time. We both had vacation scheduled five or six weeks later. So our reasoning was that it’s just six weeks, who can’t live without it for six weeks. So as the donuts rolled in the door she and I wouldn’t even look in the box. And yes we made it to six weeks and ironically enough broke the donut habit at the bank. I tried to find a blog post about it this morning but I have no clue when it happened and it wasn’t labeled for me to find easily, maybe I didn’t write aboutt it. Who knows.

At the beginning of this year Jason and I threw down the gauntlet for a weight loss challenge. I have 5 pounds to lose he has 8 pounds to lose for our challenge. Not a lot but still a challenge… Game on. I hate to lose as is evidenced by the running challenges we did two years ago, but this challenge is hard. Probably harder than that one. With our running challenge I literally just had to out run him… It didn’t matter if it took me double the time to run the same mileage… I was in control and I just had to put in the time. But weight loss has so many factors and while I am in control of what I eat and it’s just harder.   But seriously challenge on and I am 3 pounds closer to my 5 pound mark!

I have about 60 pounds that I want to lose. That’s a lot! It is also overwhelming. And never ending… At least it seems. And in the past I have talked about rewarding myself after 10 pounds and have tried to break it down into 10 pound increments. But I think this time around I’m going smaller. I kind of like the concept of it’s just five pounds. Historically speaking that could be only two or three weeks of weight-loss efforts. OK two or three weeks of anal weight loss effort… I’m not going at this like a Nazi this time around so maybe a little bit longer. But in the grand scheme of things it is only a short amount of time. Right now I’m focused on five. Five is a nice number… But maybe when I get to some kind of mileage number milestone my goal might be to pounds or 6 pounds. But my new theory is small because it’s easier to say no to the donuts, to the cake, to the tempting breakfast sandwich on the way to work, when I can tell myself it’s only until I lose the 5 pounds. I think The words it’s only are the liberating word, phrase actually that empowers us to make the right choice. It’s only…